The Mazda MX-30 has been a hot topic of discussion over the last few days, ever since it was unveiled at the Tokyo Motor Show. It was undoubtedly the star of the show and will be one of the most anticipated new vehicles of the upcoming year. Here’s everything we know about the 2020 Mazda MX-30.

The new Mazda MX-30 unveiled in Tokyo isn’t technically Mazda’s first EV. That title belongs to the Mazda Demio which was sold in very limited quantities in Japan in 2012. Still, this is definitely the first mass-production, fully electric Mazda vehicle. It is scheduled to arrive in the second or third quarter of 2020 and the vehicle we saw in Tokyo isn’t a concept. The Mazda MX-30 will actually look like that. 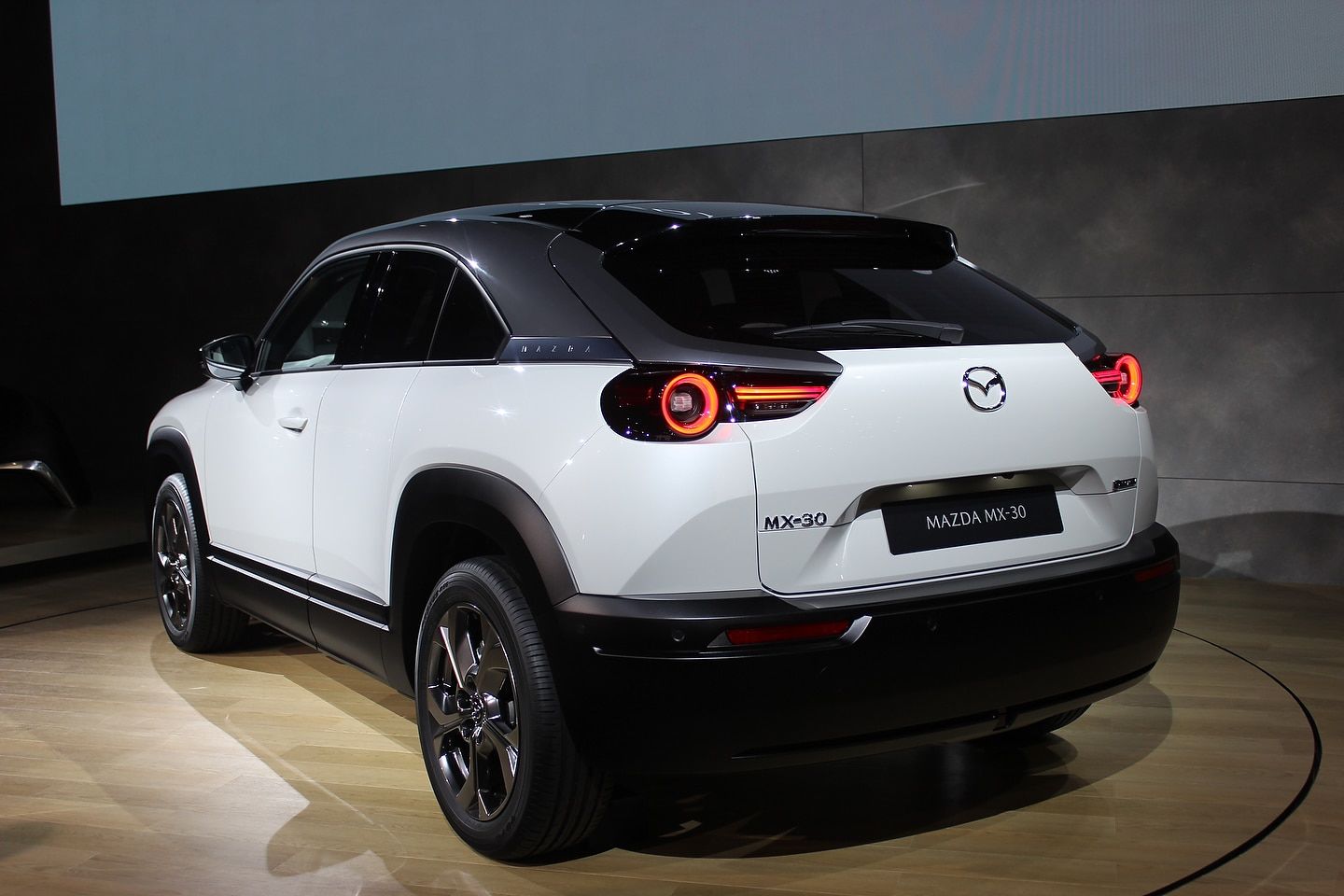 It is inspired by Mazda’s legendary rotary vehicles

There are a lot of components of the new Mazda MX-30 EV that come from past Mazda rotary-powered vehicles. These include the rear suicide doors which are taken directly from the Mazda RX-8. There’s also talk that Mazda will offer a rotary range extender, but more on that in a moment.

The Mazda rotary components found in the Mazda MX-30 aren’t a coincidence. Mazda wants consumers to know that although their new vehicle happens to be electric, it will still embody everything we expect from a Mazda vehicle when it comes to driving dynamics. The MX-30 will be a fun EV to drive, with connected handling and a sporty suspension setup. The goal is to make the MX-30 a great driving vehicle that happens to be electric, and not just hope it stands out because of its EV powertrain.

The interior is stunning 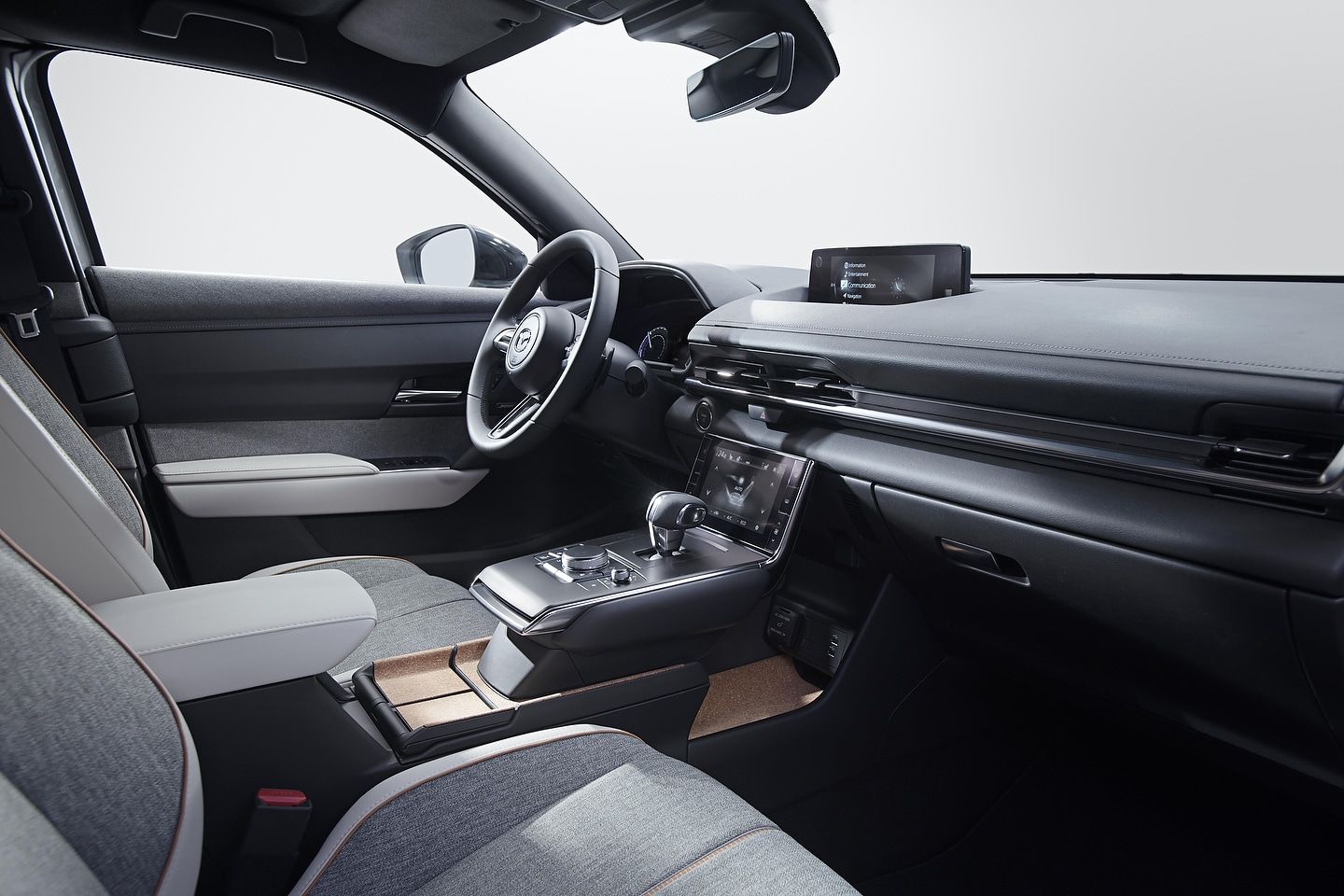 Mazda could have just taken an interior off of a Mazda3 or a CX-5, but they didn’t. Instead, they redesigned a brand-new interior for their mass-production EV and the results are stunning. The MX-30 features a mix of modern components and techy elements, but nothing is over the top. The highlight of the interior is the digital centre console and the raised gear level podium. The overall impression you get sitting inside the MX-30 is one of elegance, but also performance. There’s also a ton of space inside the cabin and in the trunk. The MX-30 hasn’t forgotten about the importance of versatility, even for electric vehicles.

We don’t know the range, but we do know the battery

The Mazda MX-30’s range remains a mystery, but we do know that a 35.5-kWh battery will power the MX-30’s electric powertrain. There’s word, however, that the MX-30 will feature a rotary engine as a range extender which would allow owners to keep going even if the range is depleted.

We will surely get more details including pricing and engine specs in the next few months. In the meantime, Mazda has a new vehicle, it’s an EV and it promises to be fun to drive! What’s not to love? 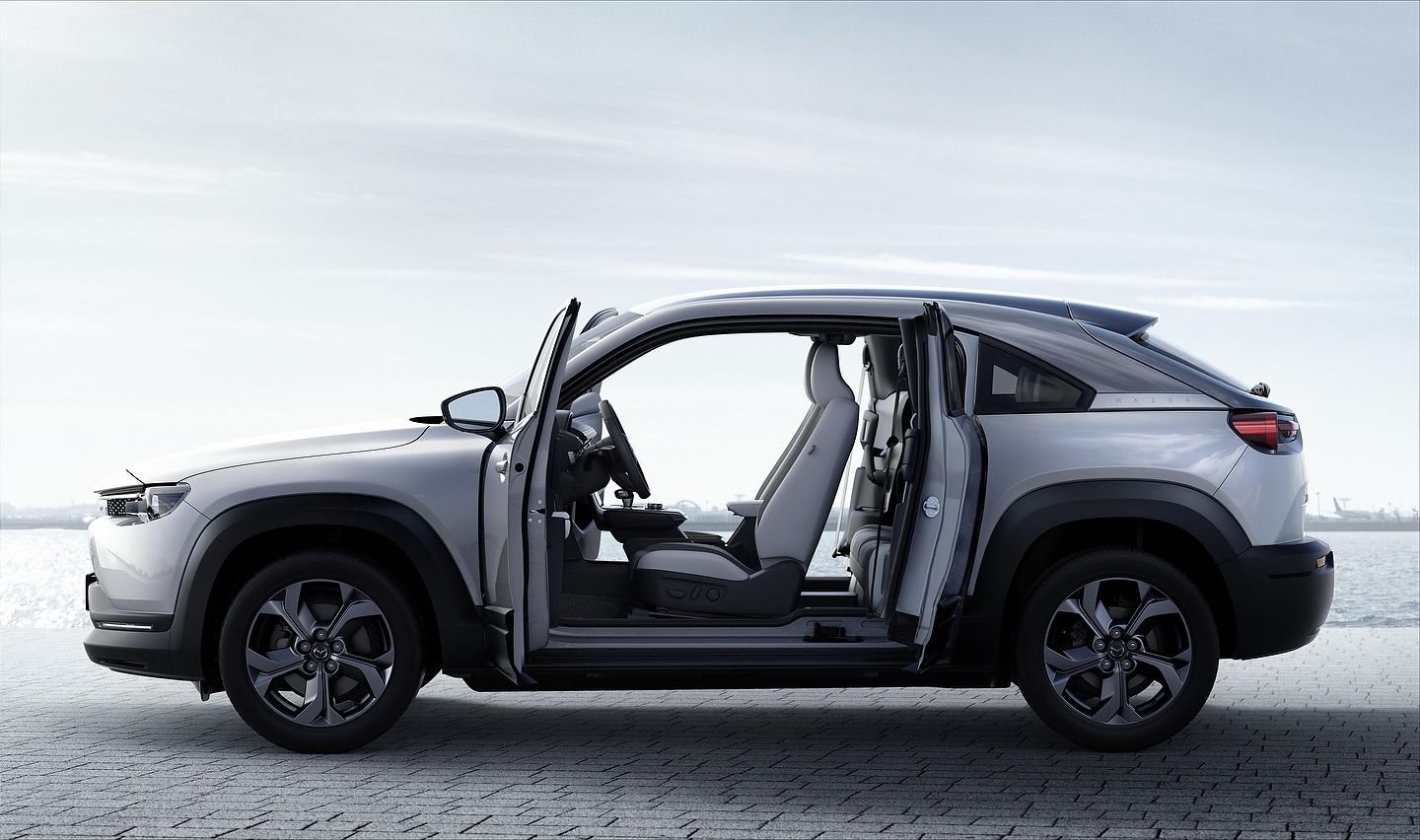